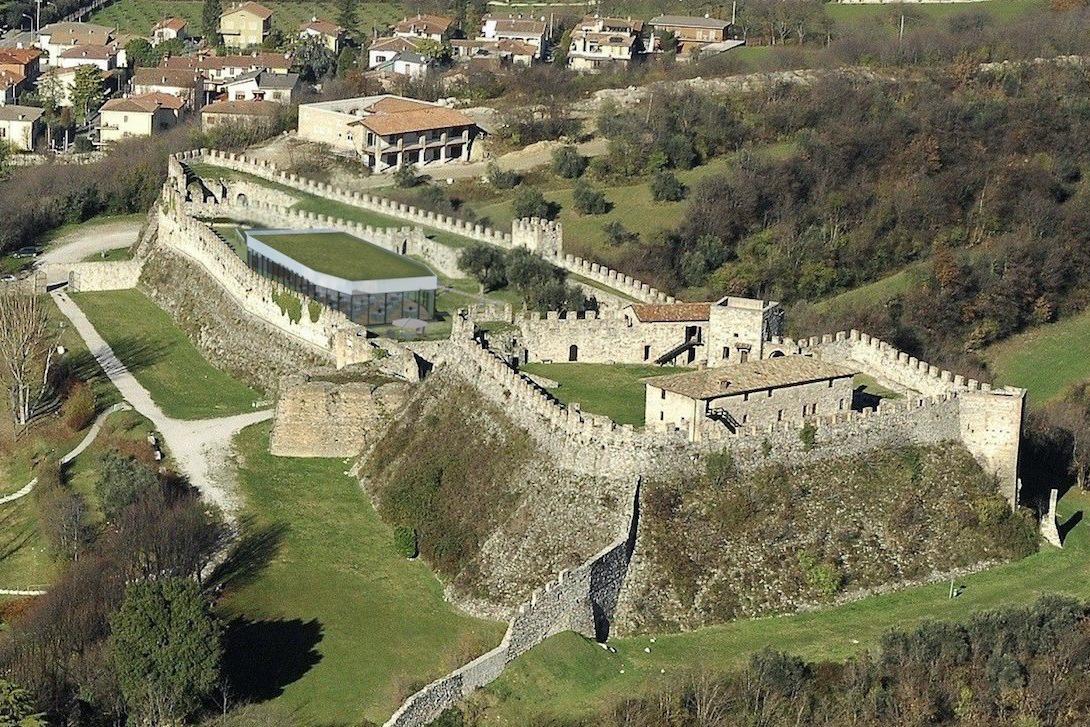 With the project “Ugo Da Como 150. The anniversary that writes the future: augmented reality and immersive room for new experiences at the museum” the Ugo Da Como Foundation received, last week, the biggest contribution provided by the guidelines of the Cariplo Foundation, within the call “places of cultural innovation–2019”.. A similar result was obtained only by two other prestigious institutions: Municipality of Novara and National Institute of Astrophysics.

In Italy, the theme of cultural innovation is becoming increasingly important. For this reason the Cariplo Foundation, which has always supported actions for culture and its places, has chosen to create a call aimed at rewarding realities with an interdisciplinary profile, open to the challenges of entrepreneurship and digital, as well as to the construction of networks and collaborations.

The Ugo Da Como Foundation has decided to present, with the support of Capitale Cultura Group and ARtGlass, a complex project of cultural innovation, aimed at broadening and accelerating the potential of the Foundation, with a high standard of quality and technology, in order to attract a new audience and to focus attention on all aspects of the life of the Lonato del Garda and, specifically, the Rocca complex and the Casa del Podestà. An overall project that, in recent months, had already been awarded by the Region and the GAL Garda and Colli Mantovani, who had awarded the Foundation additional funds, to be used on two calls dedicated to cultural heritage and territorial development. This has led to a total budget of 380 thousand euros, for the project.

The Ugo da Como 150 project focuses on the implementation of new technologies in the Captain’s House in the centre of the Visconti fortress, which will become a multifunctional space with an immersive room. The aim is to rethink the traditional visit to the castle, the ornithological museum, the Podestà House and the Library, thanks to the use of augmented reality, with the solution patented by Art-Glass, the leading international company in the sector and part of Capital Culture Group.

Thanks to these innovations, therefore, the public will be able to appreciate not only the history of the Rocca and Senator Ugo Da Como, but also the whole territory that surrounds it, giving further visibility to a rich and wonderful landscape in rich in culture, nature and enogastronomy.

The use of wearable audio guides provided by Art-Glass, not only will make the Rocca and its heritage more accessible, but will allow the visitor to fully immerse himself in the scenery of the Rocca and its everyday life, to browse books of inestimable value and to dialogue with the characters of the era.

The multimedia room, will see Isabella d’Este as protagonist in her narration of the history of the Rocca and the surrounding territory.

A project from the enormous technological potential that has been recognized and enhanced with the maximum contribution of the Cariplo Foundation that granted the Foundation 200 thousand euros for the realization of these interventions.

As we said, it will be a season of profound changes for the Rocca and for the Ugo Da Como Foundation, which wants to enhance its splendid assets making them increasingly accessible to the public, thanks to Club della Rocca:a partnership project developed with the support of Capitale Cultura Group, which has led alongside the Foundation leading companies such as Ubi Banca, Feralpi, Beretta, Vips Motel, Green Up, Ferrarini, Vivaio dei Molini, Pezzaioli and a top technical partner like Epson.