ARTGLASS ”teleports” you in the UNESCO sites 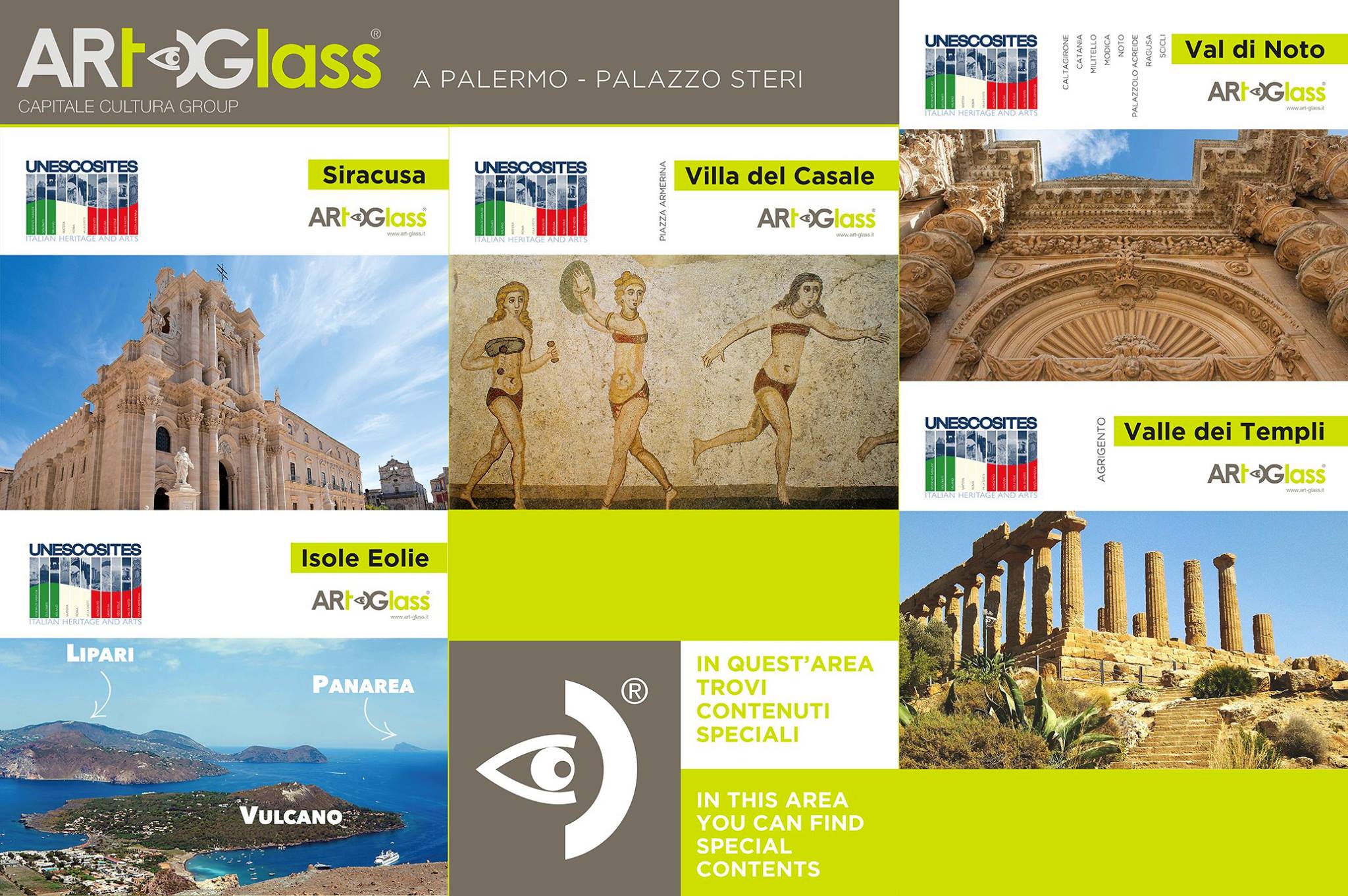 It has been inaugurated in Palermo’s Palazzo Steri (open until 16 December 2015, every day, except Monday, from 9.30 to 19.00), the exibition “UNESCO Sites”. Organized by Beni Culturali and sponsored by the Rector of the University of Palermo, Unesco, Sicily Region and the Italian Ministry of Culture, the exhibition is based mainly on the ARTGLASS Experience of cultural sites part of the UNESCO World Heritage.
Beni Culturali in collaboration with Capitale Cultura Group and ARTGLASS, has organized an exhibition designed for international travelers, which offers a route in three languages, Italian, English and Chinese. The project, from Palermo, will sail around the world, with the aim of promoting tourism to Italy.

Thanks to ARTGLASS, visitors are literally “teleported” inside the Greek Theatre of Syracuse, just as it was at the time of Ancient Greece. They can enter the Villa del Casale in Piazza Armerina and the splendid mosaics from the Roman Age digitally animated, admire the view of the Aeolian Islands from the crater of Vulcano, observe for the first time ever the reconstruction of the ancient fortifications of Akgragas, today the Agrigento’s Valley of the Temples, get into some of the most beautiful churches of Noto. Followed by other sites, which will be told with new and surprising solutions. “This show – says Antonio Scuderi, CEO of Capitale Cultura Group and ARTGLASS to – is important for two reasons: the innovation due to the fact that the Augmented Reality is applied for the first time ever out of a cultural site, in a formula in which the wearable fruition is the core of the experience. And the fact that we are demonstrating that this instrument is worth to exploit promotion and territorial marketing. We are also convinced that we will stimulate many children and young people to get closer to our cultural heritage”.
“We are grateful to Beni Culturali and Roberto Celli – adds Scuderi – because they believed in the innovation represented by ARTGLASS, after the excellent cooperation that we had on the exhibition dedicated to the Denis Mahon’s collection“.
”The exhibition – says Roberto Celli, Chairman of Beni Culturali – is designed especially for young audiences, the users of the new wearable technology; for a future society which must tend to the development of a sustainable and environmentally friendly territory. It’s a true flagship project, which become a powerful attractor to encourage cultural tourism with a strong sense of responsibility“.