"The last night", the short movie based on the Chamber of St. Paul in Parma presented in Rome

Home■Works■Art and culture■“The last night”, the short movie based on the Chamber of St. Paul in Parma presented in Rome
admin 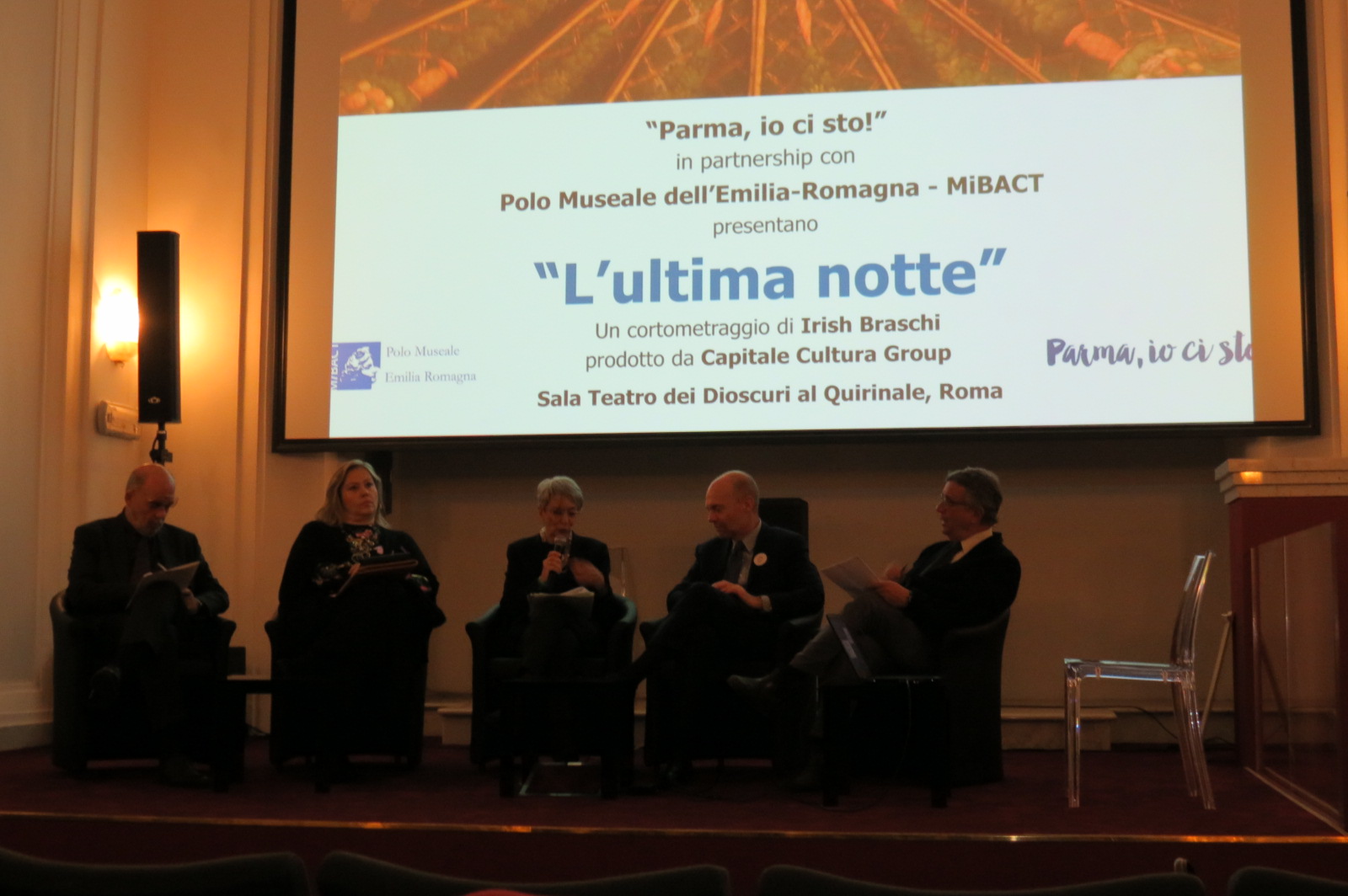 “The Last Night”, the short film written and directed by Irish Braschi and set in the Chamber of Saint Paul in Parma, has been presented in Rome, today, Thursday 16 November, at the Dioscuri Theatre at the Quirinale, managed by Istituto Luce-Cinecittà. The project is supported and promoted by the Association “Parma, io ci sto!”, born from ​​a group of entrepreneurs aiming to relaunch the city and was developed in collaboration with the Polo Museale dell’Emilia Romagna and the Soprintendenza Archeology Fine Arts and Landscape of Parma and Piacenza. It proposes itself as an innovative example of public-private partnership in favour of the enhancement of one of the greatest masterpieces of the Italian Renaissance. Produced by Capital Culture Group, the short film is set in the room frescoed by Correggio between 1518 and 1519 and is interpreted by two emerging figures of Italian cinema and television, Massimiliano Davoli and Cristiana Vaccaro, in the garments of the artist and the client, respectively, the Abbess Giovanna from Piacenza.

The cinematographic language is put to the service of the narration of an emblematic history of the Italian Cinquecento, with the intent to emozionally engage the audience and to offer a new perspective on the work of art.